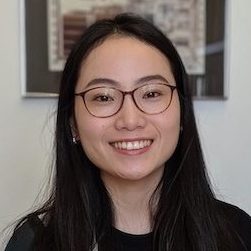 Dr. Mengjia Yan is undoubtedly one of the most delightful people you will ever meet – smart, positive, exceedingly wise beyond her years, and the kind of person who can turn a frown upside down.  She was paired with me as a mentee at ISCA 2018, but I genuinely think that it is I who have benefited from the relationship.  These days, she is a new assistant professor at MIT, having recently completed her PhD at the University of Illinois at Urbana-Champaign in 2019.

Dr. Yan’s computing story began during undergrad at Zhejiang University in China, where her university allowed students to choose their majors in their second year, instead of the first.  This is unusual among Chinese universities and allowed students to explore a few different classes before selecting their majors.  Initially, Dr. Yan did not want to study computer science because so many students had extensive programming experience already, and she did not want to begin her career at such a disadvantage.  I’ve been saying for decades that computer science is one of the only fields in the world where you can begin your college career feeling a decade behind your peers.  Except this is false!  You can clearly succeed despite this perceived disadvantage – nearly every profile so far has featured an architect without a deep knowledge of computers at the start of college, and this profile continues this trend.  Dr. Yan took a C programming class her first year only because it was required, not because she was interested in the field.  She was surprised to discover that she quite enjoyed it – all the more meaningful because most of her classmates complained about how much they disliked the class.  Thus, a computer scientist was born.

Her foray into architecture began because, despite the fact that computer vision was the hot subject at her university, she had a very effective and enthusiastic computer architecture lecturer that piqued her interest in the field.  Her decision to go against the grain and not focus on her school’s strongest subfield is in keeping with Dr. Yan’s general philosophy – she follows her heart and doesn’t think too much about the other kinds of metrics of goodness.  In her mind, it is most important to do what you like instead of what may to give you the most opportunity or job security.  She observes that you are much more likely to stand out and do well if you are doing something you enjoy as long as it is not completely dead – and following your heart instead of your peers is actually a sign of confidence in yourself.

This is not to say that her entire career has gone off without any bumps in the road.  Her grad school career, in her words, started out very slowly.  It wasn’t until the end of her third year of grad school that she first submitted a paper, and even then it took some time before she got a paper accepted, which she felt was much slower than many her peers.  She felt herself wondering whether she was really in the right place or whether she could finish her PhD.  In her heart, she knew she would not quit, but she was having a hard enough time that these thoughts were coming to the forefront.  Her mind was filled with all sort of complaints and doubts – did she pick the right program?  Topic?  Advisor?  And all these thoughts crowded her ability to focus and work.  Eventually, she made the decision to stop worrying and just work hard on things she could control.  After some time, she emerged confident, capable, and feeling she actually had one of the best advisors in the world.  She now wants to ensure all young graduate students do not consider time spent that don’t result in papers as “wasted.”  My favorite quote from her interview is, “Time is not measured in number of papers.  It’s really measured by how much you have grown, how much you have learned.”  She strongly feels that even though her first three years did not result in any papers, that was the time she learned the most – she cemented her philosophy of research, how to tackle problems, and gained her confidence.  One thing I asked her was how she knew in the bottom of her heart she would not actually quit – where did that steely reserve come from?  Love of computer architecture or stubbornness?  Her response is again wise – she could sense that there was indeed a way forward if she could resolve some of her inner angst.  She recognized the source of her doubts as internal as versus external, and thus felt at her core that she could work her way through it.

Part of this was her life hack – exercise (which she calls “magic”).  She began exercising regularly, in part because at the end of a day, if all her experiments failed, at the very least, she made some progress with exercise.  She also credits exercise with getting her through a grueling interview season – every morning she would do 15 minutes of yoga to limber up and start the day.  I wish I had that kind of discipline!

Dr. Yan was also aided by her experience as a middle schooler, wherein she went to school with 10 students who were so brilliant that it was impossible to keep up with them no matter how much anyone studied.  Out of her 50 classmates, these 10 always took the top 10 spots in stack ranking after exams.  The only chance anyone else had to break into the top 10 was if one of the 10 students was sick.  Ironically, encountering this sort of brilliance at a young age led Dr. Yan to be more resilient to the challenges of encountering other smart people, because she had already learned that there will always be people smarter than you and to cease worrying too much about it.  These sorts of life lessons can be hard to practice with equanimity at all times, and Dr. Yan also speaks highly of her labmates and how supportive they were of each other in getting through tough times in school.  She remembers a day where she was fretting that she was worse than A at X, and worse than B at Y, etc. etc.  One labmate explained that this was a common phenomenon known to many of us – Impostor Syndrome.  Just knowing the feeling had a name – one worth addressing in a PhD Comic no less – made her feel better.  She also resolved to consider anything she wasn’t good at as a learning opportunity, rather than a reason to berate herself.

In short, I am basically in love with all the pearls of wisdom that popped out of this interview.  To paraphrase all of them in short order:  Don’t worry.  Move forward with things you can control.  Follow your heart instead of optimizing for external value.  Someone is always smarter than you, just do what you enjoy, focus on it, and be good at it.  Time is measured in things learned, not external value judgements.  Exercise – it’s good for your body and your mind.  The list goes on.  Dr. Mengjia Yan – a guru of computer architecture wise beyond her years!