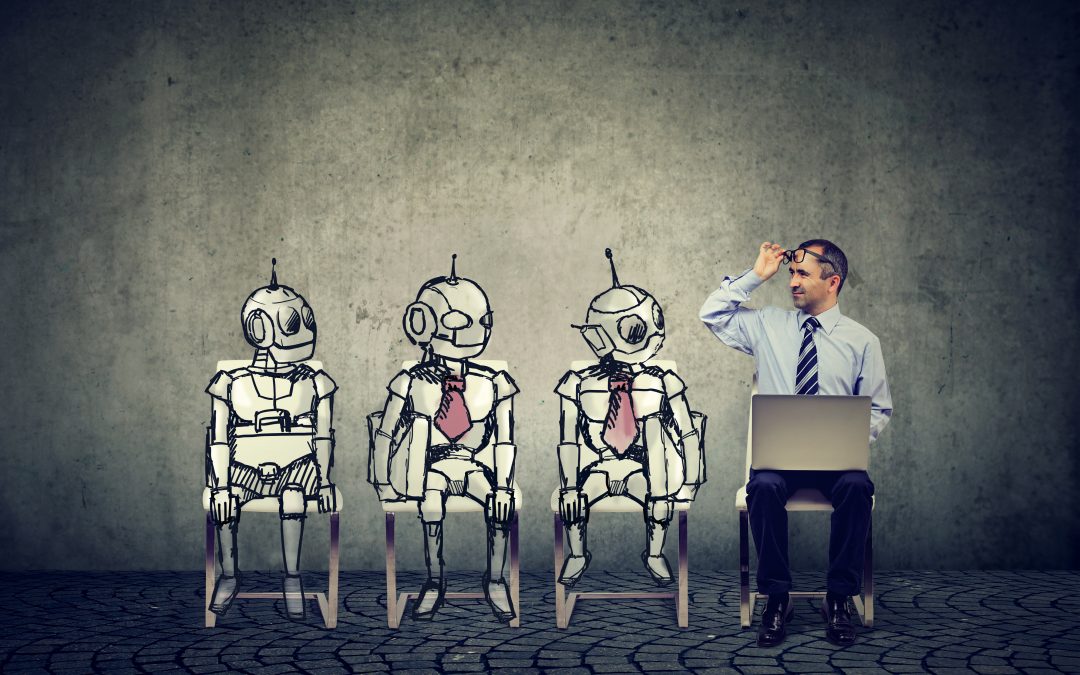 [Editor’s Note: This article originally appeared on the blogs of the HLF and the CCC and is re-posted here with permission.]

As part of the first day of the Virtual Heidelberg Laureate Forum (HLF) David A. Patterson, who won the 2017 ACM A.M Turing Award “for pioneering a systematic, quantitative approach to the design and evaluation of computer architectures with enduring impact on the microprocessor industry,” shared a presentation titled Architecture Innovation Accelerates Artificial Intelligence.

To begin, Patterson gave a brief overview of the history of AI: it started with top-down approaches where a programmer would attempt to describe all the rules with the proper logic for the machine, but other researchers argued that was impossible and instead advocated for a bottom up approach where you feed the machine data and it learns for itself, i.e. machine learning, which has proven very successful. One type of machine learning is deep neural networks (DNN), which has generated a lot of the recent advances in AI.

David Patterson on why AI is beginning to work well

The algorithms that power DNN aren’t new, so what has changed to make these systems viable currently? These days we have access to a lot more data and much faster machines, allowing DNNs to train themselves efficiently. Unfortunately, Moore’s Law — the observation, made by Intel co-founder Gordon Moore in the 1970s, that if $1 gets you 1,000 transistors today then in approximately two years $1 will get you 2,000 transistors — has slowed down. The number of transistors used to track one to one with computer speed so that every two years or so you could double the speed of the computer, but that relationship no longer holds. Patterson said we are currently off by a factor of 15 between predicted transistors per chip and reality. Thus we will need to come up with new ways to improve computing speed and power machine learning systems.

Patterson shared an example from recent history: In 2013 Google calculated that if 100 million users started doing DNN three minutes per day on CPUs they would need to double the size of their data centers, so they started an emergency project whose goal was to make a factor of ten improvement over existing CPUs and GPUs. Within 15 months they went from ideas to working hardware and software. The TPUv1 that Google designed had around a 80X performance per Watt of the 2015 Intel CPU and a 30X performance per Watt of the NVIDIA CPU because they were using 8-bit integer data rather than 32-bit floating point data and they dropped general purpose CPU/GPU features, which saves area and energy. 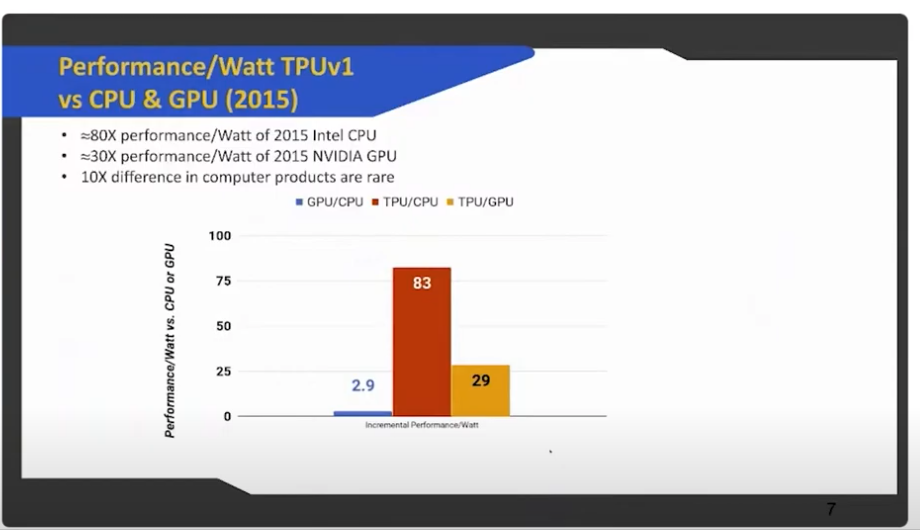 Comparison between TPUv1 and CPU and GPU (2015)

This is all to say that making domain specific architectures works and if we want to continue to improve ML systems we will need to continue developing new and improved DSAs. The recently released GPT-3 (Generative Pre-trained Transformer) neural network model has gained a lot of buzz for being able to successfully mimic human language. The big breakthrough, as Patterson put it, is simply being 100 times bigger than GPT-2. GPT-2 had only 1.5 billion parameters in comparison to GPT-3’s 175 billion. In machine learning the size of your data set and speed of your computer matter; thus computer architects will play a vital role in the future of AI.

Read about Patterson’s 2018 presentation at HLF here and check out Patterson’s blog post on an effort to increase industrial product papers in a flagship conference of the discipline, further enhancing academia-industry synergies here.

About the Author: Khari Douglas is a Senior Program Associate for the Computing Research Association’s (CRA) Computing Community Consortium (CCC) and the host of the CCC’s Catalyzing Computing podcast. You can find more of his work on the CCC blog.