Embench™: Recruiting for the Long Overdue and Deserved Demise of Dhrystone as a Benchmark for Embedded Computing 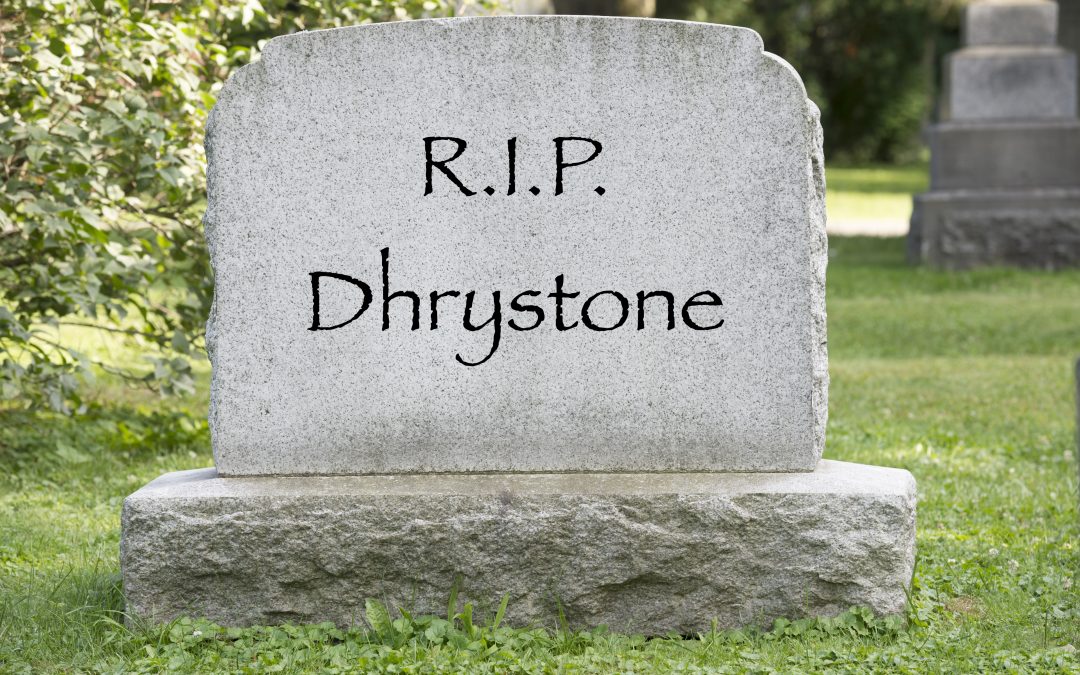 I. Why a New Embedded Benchmark

The world will soon be deluged by tens of billions or even hundreds of billions of Internet of Things (IoT) devices, but we still don’t have a high quality, widely reported benchmark to fairly evaluate the embedded computers that power them.  It’s way past time to fix this predicament, and we need your help to do so (see Section V).

A small group of academics and practitioners began meeting in January 2019 to hash out the skeleton of a potential solution. We call it “Embench”, which stands for embedded benchmark. The people involved so far are Jeremy Bennett of Embecosm, Palmer Dabbelt of SiFive, Cesare Garlati of Hex Five Security, G. S. Madhusudan of the India Institute of Technology Madras, Trevor Mudge of the University of Michigan, and David Patterson of the University of California Berkeley.

We first looked at past benchmark efforts (see Table 1) to try to incorporate their good ideas and to avoid their mistakes, and drew the following seven lessons:

Table 1. Widely reported benchmarks. Single synthetic programs like Dhrystone and CoreMark have long been discouraged from being used as benchmarks and many criticize Linpack. Alas, benchmarks that can be used for embedded computing—such as EEMBC, MiBench, BEEBS, and TACleBench–are not widely reported, presumably because they omit features of these popular ones.

III. What’s Been Done So Far

Once we agreed on the lessons, we next moved to the definition of the benchmark itself: the types of processors to benchmark, the programs of the suite, the reference platform, the metrics, and so on.  Keeping the group small allowed rapid iterations and extensive conversations face-to-face to reach a sensible foundation relatively quickly.

Agile Development. We’re following the agile benchmark philosophy of MLPerf. You release a version, and collect experience and feedback before the next more ambitious iteration. The first version we’re releasing publically is 0.5. We expect to go through versions 0.6, 0.7, … until we have refined a version good enough to call Embench 1.0.

Candidate Programs. We expected that the next task of finding 20 solid candidates for a benchmark suite would be difficult. We were pleasantly surprised that past efforts at embedded benchmarks from MiBench, BEEBS, and TACleBench—which unfortunately are not widely quoted—have led to many free programs that are easy to port and run. We chose BEEBS because it was a recent effort that involved both academia and industry and because it already borrowed good programs from MiBench and many others. We tentatively pared it down to about 20. We then discussed the important categories missing from BEEBS and added the best examples of free versions that we could find (see www.embench.org).

Code Size. One unique feature of embedded computing is that code size is critical, since the cost of the memory for the code can be a significant fraction of the cost of IoT device. Thus, we’ll also report geometric mean and standard deviation of code size relative to the reference platform.  We believe code size is important for IoT yet novel as part of a formal benchmark.

Context Switching Time. Another difference for embedded computing is the importance of context switch time, as IoT devices may be active running a low priority task but must switch quickly to a higher priority task. For Embench 0.5, we run a small program written in assembly language of the target platform and measure its performance for switching contexts.  Again, we think context switch time is necessary for IoT yet novel as part of a formal benchmark.

IV. What’s Left to Do

While we’ve made initial progress, there are still important topics on which we could use some help.

No Interrupt Latency Yet. An important metric related to context switching is interrupt latency, as IoT devices can be idle waiting for an event to trigger them into action. Interrupts will require a lab setup to measure latency.  We need volunteers to design and document how to setup and run the interrupt measurements to include it in Embench 0.5.

No Floating Point Yet. We did not include floating-point intensive programs in version 0.5 because of the large impact of having a floating point unit—which can be expensive for IoT chips—on such programs, and because many embedded applications do little or no floating point computations. We’ll consider adding a set of floating-point intensive programs in a later version of Embench, possibly with separate integer and floating-point ratings like SPECCPUint and SPECCPUfp. We need help identifying candidate programs from digital signal processing or scientific computing to be included in a future iteration.

No Power Yet. An interesting metric for IoT that we rejected for Embench 0.5 is power. SPEC does include power in some of its benchmarks, but it comes with a 33-page manual on how to fairly set up and measure power, including restrictions on altitude and room temperature. It will take a while to decide what of that applies to IoT. Also, IoT devices are systems on a chip (SoC) rather than simple microprocessors, so it’s unclear how to get “apples-to-apples” comparisons to fairly calculate performance per watt as SoCs will vary in their complexity beyond the processor and memory. A third reason is that engineers will want to benchmark soft cores, and we can’t measure their power experimentally. Finally,  energy efficiency is often highly correlated with performance, so that even if we did all the work to benchmark IoT power, the results might not be enlightening. Volunteers with experience in measuring power could help us decide what if anything to include in future Embench iterations.

V. Conclusion and How You Can Contribute

Our plan is to have Embench 0.5 finalized in time to begin collecting and reporting results before the end of 2019. Given the current sorry state of widely reported benchmarks for embedded computing, we believe Embench—even in the initial 0.5 version—will be helpful to the IoT field.

Given that a small group came up with the  bones of Embench, we’re hoping now to expand to include more like-minded parties to flesh it out. We need to see if others agree on our tentative decisions as well help with the pieces that we’re not yet addressed, such as interrupt latency, floating point programs, and possibly power. We hold monthly meetings, and can accomodate remote participants.  If you’re interested in helping, send email to info@embench.org.

About the Author: David Patterson is a Berkeley CS professor emeritus, a Google distinguished engineer, and the RISC-V Foundation Vice-Chair. Likely his best known projects are Reduced Instruction Set Computer (RISC), Redundant Array of Inexpensive Disks (RAID), and Network of Workstations (NOW). This work led to about 40 awards for research, teaching, and service plus many papers and seven books. The best known book is Computer Architecture: A Quantitative Approach and the newest is The RISC-V Reader: An Open Architecture Atlas. In 2018 he and John Hennessy shared the ACM A.M Turing Award.