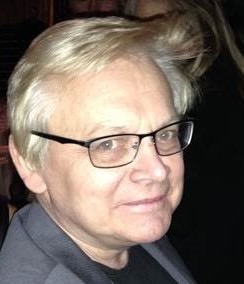 It is with deep sadness and great sorrow that we inform the community about the recent passing of our dear friend and colleague, Professor Michel Dubois, a foundational leader in our field of computer architecture and parallel processing.

Furthering his work in high-performance parallel processing and shared-memory systems, his research on cache and memory system design—both in single processors and in multiprocessors—has resulted in over 150 peer-reviewed publications, three book chapters and three books, and various open-source design tools such as SlackSim and Parma which have been used in industry.  One of his books is the text titled Parallel Computer Organization and Design, co-authored with Per Stenström (Chalmers University) and Murali Annavaram (USC), which has seen wide adoption and use.  Michel’s Rapid Prototyping engines for Multiprocessors (RPM-1 and RPM-2), produced as exploratory research artifacts from large-scale funding supported by the U.S. National Science Foundation (NSF), pioneered the effective computation of programs across the design space of multiprocessor configurations, through emulation.  The goal of this project was to demonstrate a new cost-effective testbed methodology to validate novel computer architecture designs with low-cost hardware prototyping using FPGAs.  The legacy of his then-revolutionary approach to computer architecture and parallel processor design is evident in various commercialized multiprocessors.

Michel’s scholarly contributions have been recognized by him receiving a U.S. patent on “Apparatus for Maintaining Consistency in a Multiprocessor Computer System using Virtual Caching” as well as by being elevated to IEEE Fellow in 1999 and ACM Fellow in 2005 “for his contributions to the design of high-performance multiprocessor systems” and “for his contributions to multiprocessor memory system design,” respectively.  In essence, every time we access memory and execute code that runs on more than one processor, we are relying on foundations build by Michel and others whose works he in some way inspired, influenced, and/or impacted.

Beyond his many significant scholarly contributions, Michel contributed greatly in professional leadership and service to our computer architecture community.  He served as Program Chair of HPCA 1996 and ISCA 2001, as General Chair of ISCA’04 and General Co-Chair of HiPEAC’07, and as Area Editor and Guest Editor for the Journal of Parallel and Distributed Computing (JPDC) and IEEE Transactions on Computers (TC), to name a few of many.  He also served honorably on the IEEE Computer Society’s TCCA Executive Committee for ten years, from 2006-2015.  During his 37 years at USC, Michel mentored through graduation over a dozen Ph.D. students—many of whom are now leaders in industry.  He also served administratively as Director of the Computer Engineering Division in the Ming Hsieh Department of Electrical and Computer Engineering at USC Viterbi.

Michel is survived by his dear wife, Lorraine Dubois, as well as his cousins in Belgium and extended family members in the U.S., including Lorraine’s mother, brother, and sisters, and Lorraine’s two daughters, Jenna and Melanie.

In Michel’s honor, a memorial symposium in celebration of his life and scholarly contributions will be held on Saturday, October 29th, at USC in Los Angeles, California.  At this symposium, many short talks by computer architecture experts from around the world as well as his former students and USC colleagues will occur.  All are invited and welcomed to attend; please visit the memorial website for additional information on the speaker list and schedule of events. While on that site please also RSVP for the event using the following RSVP link  so we may reach out to you with timely updates.  For those in the broader computer architecture community who cannot attend in-person but wish to participate remotely, we encourage you to join the symposium virtually on Zoom. We also invite anyone who wishes to contribute a vignette about Michel by sharing a short 2- to 3-minute video clip; the zoom links for virtual attendance and the video clip upload function will be available on the memorial website shortly and will be emailed to those who RSVPed for the event.