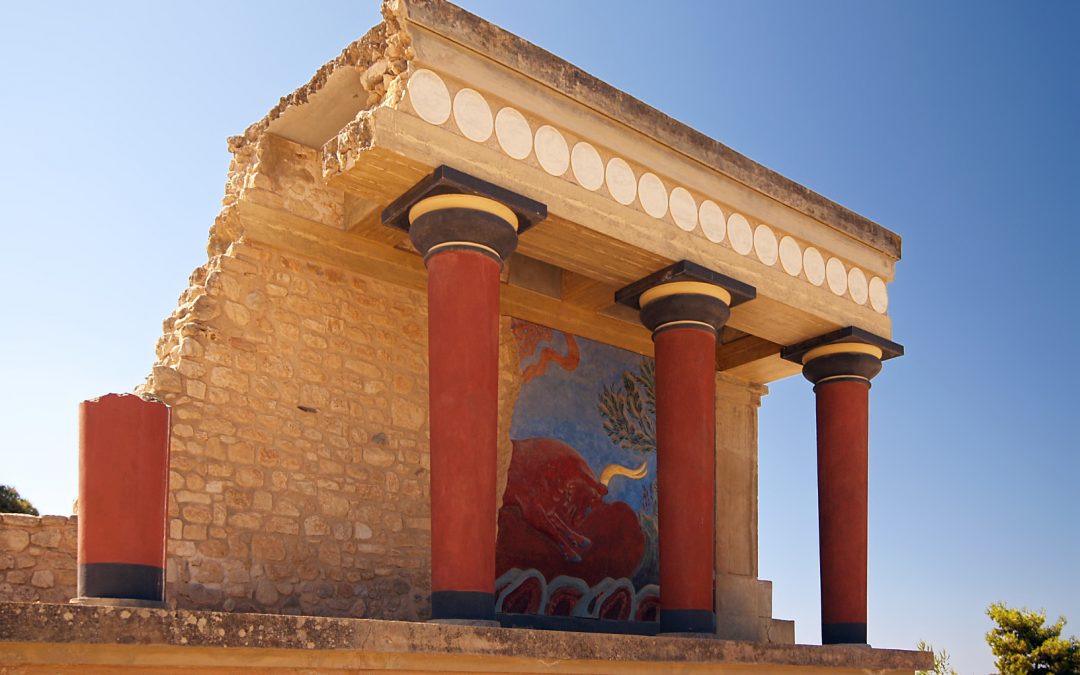 I attended Eurosys 2020 last week. It was due to be held in Heraklion, in Crete, and due to travel conflicts I was not planning to attend. However, since all my travel has been cancelled, and Switzerland was in its 7th week of lockdown, and Eurosys went entirely online with free registration, I decided to drop in.

These are my personal takeaways from the experience – not technical ideas or results from the papers, but how the conference as a whole felt. There were also many calls for feedback from the conference organizers, and I suspect there were a wide range of views and ideas.

Some context: I’ve been involved in Eurosys personally in the past, but I had no professional involvement in this conference (beyond co-authoring a workshop paper), although Margo Seltzer (who was co-chair with Dejan Kostic) asked if I’d host a “corridor track” session, of which more below.

Hopefully, this difference in standpoint (and conference) is a useful adjunct to Jim Larus, Karin Strauss, and Luis Ceze’s chairs’ perspective on ASPLOS 2020, in this blog (https://www.sigarch.org/the-asplos-2020-online-conference-experience/).

Further disclaimers: I’m getting old and grumpy. Most of the systems we’re now using for online conferences and, in these troubled times, interactions with our friends and families, don’t feel like any significant advance functionality-wise on the research systems some of us used and worked in in the 1990s, and (as fans of Doug Engelbart will point out), the capability wasn’t exactly new then.

What’s different today boils down to better quality and more reliable video and audio, and – crucially – a massive user base with implications for UI design and interoperability.

I get the feeling that the last 2 months have really been when video conferencing has become, for the first time, routine for large chunks of the population, rather than being limited to sporadic business use and small groups of young people.

It was a really impressive effort

This was clearly a huge amount of hard work by a dedicated team. There were the inevitable glitches (and Zoombombing), but people responded really quickly (including by email). It made a big difference.

There were also some lovely small details, like slideshows of Crete in between the sessions, and pointers to “virtual tours” of museums and antiquities. It didn’t make me feel any better about being in lockdown, but it lifted the mood of the conference and, paradoxically, produced a feeling of togetherness.

Most systems conferences have been drifting away from hardware towards distributed systems built over Linux and commodity PCs for at least 10 years, to the extent that Kim Keeton and I even entitled two of the twelve sessions at OSDI 2016 “Operating Systems” and only one person remarked on the irony.

However, this trend seems to be on the wane. Eurosys had a lot of papers on using architectural features (enclaves, transactional memory, persistent RAM, FPGAs, etc.) alongside the expected papers from Google and others about cloud management, key-value stores, replication, and the like.

For my money, I’m still waiting optimistically for a Renaissance of the combined hardware/software approach to many systems problems that I grew up with (and gave rise to ASPLOS, for example), but I like the trend.

Recording every talk in advance seems like a good idea. I’m guessing it made things less stressful for the students presenting.

As anyone who has undergone “media training” knows, video flattens people, and deadens the emotion people tend to put into presenting. For this reason, when being videoed it’s a good idea to exaggerate tone and emphasis. For some people this comes naturally, but for most of us it sounds weird, and we tend to avoid it. It’s not a skill we tend to teach our graduate students.

Some of the session chairs seemed to realize this, and really tried to put a lot of enthusiasm into their Zoom window – I really appreciated this!

One expected effect of pre-recorded talks didn’t happen: sessions ending on time! For some reason, some of the sessions I attended overran their time budget. I’m not sure why – Eurosys followed the modern trend in accepting more papers, resulting in shorter talks, more packed sessions, and perhaps it was the questions which overran.

I’m not going into the debate over whether conferences should accept more papers (I’m leaning towards “yes”, but some of my respected friends aren’t), but maybe a takeaway from this is that we should allow much more time for possible questions than before. Maybe they just take longer than when everyone is physically in the same room.

Prime conference time in Europe is often too late for people in Asia and too early for people in America, particularly the West Coast. Eurosys shifted some of its sessions later, but it still showed in the attendance numbers.

It hadn’t occurred to me that one feature of physical conferences is that everyone is corralled into the same time zone. It not clear how to simulate this when everyone stays at home.

The corridor track is hard to replace

The organizers of Eurosys tried hard to replace the corridor track, by a variety of means. There were plenty of Slack channels, but they also introduced Discord for audio chats. There were audio “breakout rooms” (with a limit on numbers, say 10) where groups could go and discuss things among themselves. There were channels based on topics and interests.

Several people (myself included) were also asked to host “corridor track” chats – the idea being that anyone who wanted to talk to us or ask us questions could just join us in Discord and talk.

For me, this didn’t really work – two people turned up, both of whom I already knew reasonably well. We had a nice chat and catch up, but I don’t think this was the intended point of the sessions.

I think there are a number of possible explanations for this:

The last physical conference I attended (SOSP, last year) had a scheme I’ve seen elsewhere whereby people like me were assigned as “mentors” for students from other Universities, and would meet them in the corridor, chat about research, introduce them to other people, and generally make them feel included and able to approach others.

In a virtual conference, it seems like this kind of structured networking and mentoring is even more important to make students and other junior attendees feel included in the community.

The technology isn’t there yet

We’re still figuring out how to do this – I’m curious to see what other conferences do, and how it evolves. This was clearly an experiment, hastily improvised, and the organizers deserve a great deal of credit for pulling it all together at short notice.

That said, I found bits of Eurosys quite stressful, despite only casual attendance from home. This was, I think, mostly down to the sheer cognitive load the conference imposed. To stay on top of things, you needed to have Zoom, Slack, and Discord all open at the same time, and constantly monitor them all.

Worse, none of these has what you might call a minimalist user interface – even Zoom, once you include chat window and participant list. Slack and Discord seem to revel in presenting as much information to you as possible, particularly with a lot of channels running. This is multi-sensory: you need to be reading text and listening to audio, pretty much constantly if you want to participate fully. In practice, of course, nobody does – it’s just too much – and people drop in and out.

I was not the only participant who complained about not having enough screen real estate for all three platforms plus email (which I also needed for the conference) – and I’m lucky enough to have two big monitors. In a strange way, being at a conference in person actually felt calmer.

In recent years, platforms like Slack, Discord, Zoom, BlueJeans, Hangouts, Teams, Skype, SkypeForBusiness (I’ll stop here) have become quite commonly used in software engineering and research settings, and the current pandemic has dramatically increased their use and uptake.

However, for the most part, these are all walled gardens. Sure, there’s some interoperability, mostly with older proprietary “room” systems to avoid enterprise customers having to ditch their existing investment in conference room hardware, but to do my day job remotely as well as attend Eurosys this year I’ve had to install at least 7 different systems on the computers and phones I use, all of which have largely overlapping functionality, but none of which does quite enough.

Neither do any of these systems have an API that facilitates changing the client. Most have “cloud-based” APIs designed to increase the value of the service, but you are forced to buy into the basic interface provided by the vendor.

Historically, this happened in the early days of a communication technology, before standardization caught up with the functionality. Examples include: the original telephone system (the creation of the ITU), data networks (TCP/IP, and before that SONet, ATM, X.25, etc.), mobile phones (GSM), and hypertext (the World Wide Web).

Oddly, though, in this case the standards were around some time ago: SIP, H.323, IPPP, and host of other acronyms were created in a more-or-less open process by the IETF and ITU about 20 years ago. I’m sure they’re missing some useful bits, but I suspect that’s not the reason that a marketplace of better, integrated clients for online collaboration platforms has been suppressed. Vendor lock-in, monetization of personal data, and short-sighted competition are resulting in a pretty obvious market failure.

Naturally, some of the vendors (such as Zoom) offer the ability to connect via SIP/H.323, but it’s mostly for a few legacy systems (like installed conference room kit), and you don’t get the full functionality of the service. Despite there being fairly good open implementations of these standards out there, nobody’s going to be able to deliver a “universal conferencing client” any time soon with any kind of feature coverage.

I enjoyed Eurosys 2020 a lot, and I really appreciated the dedicated work put in my the chairs, the committees, and the staff in Crete who put a huge effort into making it a success – kudos to them!

At the same time, as I sat at the desk in my study, headset on, in front of a chaotic bunch of conflicting and proprietary user interfaces, I could not help thinking: we’re computer scientists. Surely we can do better than this?

About the Author:  Timothy (Mothy) Roscoe is a professor in the Systems Group of the Department of Computer Science at ETH Zurich.  He works on operating systems, networking, distributed systems, and recently (somewhat to his surprise) experimental computer hardware.