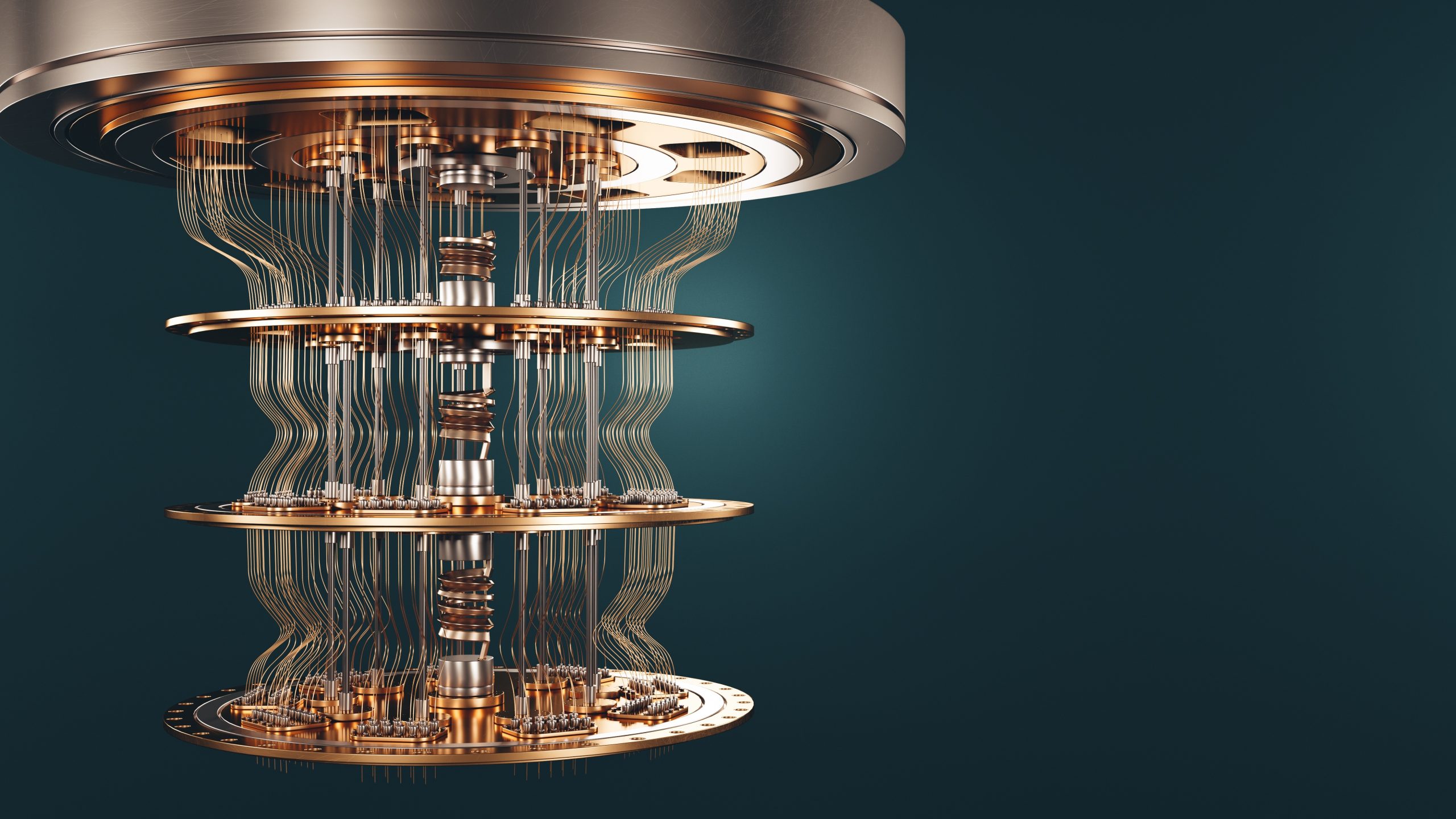 Why Research Security of Quantum Computers?

On top of cloud-based access, computer architecture research community has been active in proposing means for multi-programming and multi-tenancy of quantum computers. Again, the complexity and cost of the machines makes it natural to expect that quantum computer providers will aim to share the hardware spatially and temporally to maximize utilization and minimize costs. Although no existing quantum computers provide multi-tenancy, architectures for multi-tenancy have been deployed in almost all classical computer settings, from CPUs, through GPUs, to proposals for FPGA multi-tenancy. It can be almost certainly assumed that eventually multi-tenancy will come to quantum computers. With multi-tenancy, we can expect many side and covert channel attacks to emerge to the sharing of the computers; and because of rather low-level gate or pulse access needed to run programs on NISQ machines, attackers will be able to develop circuits for crosstalk generation, information leakage, or even possibly to sense and reverse engineer the underlying hardware architecture. 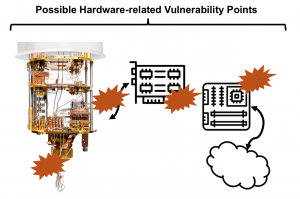 When considering the hardware, there are numerous security related question we can ask. Can programs, commonly referred to as circuits, running on qubits be protected from programs running on other quits? Can inputs and outputs of programs be isolated? Are there ways to protect the hardware so that it cannot be reverse engineered? Is it possible to reverse engineer a cloud-based quantum computer by running various quantum circuits, and if so, are protections possible? What physical attacks are possible to disturb operation of quantum computers, or to leak information from them? To answer these questions, we can analyze different parts of quantum computers and their architectures. Especially, beyond the qubits themselves, the architectures are actually composed of many other components. Many of which are classical: servers used to manage and schedule the jobs executing on the quantum computers, controllers (often built form FPGAs) used to interface with the qubits, and the actual fridges (in the case of superconducting qubit machines) wherein the qubits are located. Current research is only beginning to explore the security of all these parts, but already it is showing that qubits may not be immune to crosstalk attacks, or that outputs or resulting state of one circuit may leak across resets to the next circuit.

When considering the software (i.e. programs or circuits), there are numerous security related question we can also ask. Is there a way to detect or prevent a user from running certain algorithms on a cloud-based quantum computer? What are the cybersecurity threats that are different between classical and quantum computing systems? To answer these questions, we can analyze different parts of the software development and the software stack of quantum computers. Many of the parts are quite analogous to classical computers. There is the input program (or circuit) described, for example, using Python-based Qiskit framework. The input gets complied into, eventually, set of control pulses to be executed on the quantum computer, and there is runtime that actually issues the pulses to the hardware. At each point, the input, compiler, or runtime, malicious code could be trying to compromise the system. Already, research has shown ways to implement some simple viruses which can execute on the quantum computers.

Analogies to Security of Classical Computer and Accelerator Architectures

A “feature” of classical computers that enables many of the security attacks is information leakage. Information leakage in classical computers occurs when an attacker can observe some information about a victim, often through some unexpected means, such as by observing timing changes or voltage changes associated with victim’s computation and correlating these changes back to some secret that victim holds and computes on. The open research question is what are the different types of possible information leakage for quantum computers. Once these are known, architects can design future quantum computer architectures to be resilient to the attacks.

Interestingly, at least today, quantum computer programs do not have equivalent of branches or jumps, thus various timing-based attacks are not possible. Also, as result, there is no run-time prediction and different classical computer speculative execution attacks do not translate to quantum computers. But as recent research has shown, it is possible to use crosstalk, akin in some aspects to crosstalk in FPGAs, for example, to leak information between two programs or users running on a shared quantum computer hardware. As more practical attacks, which do not require multi-tenancy, it has been shown that it is possible to leak information across reset gates, where a reset gate does not fully reset the state of a qubit. This is akin in some aspects to improper state cleanup in classical computers.

The information leakage my not be just about information leakage form one user to another, but, for example, it may be about learning information about the infrastructure. Akin to research showing it is possible to fingerprint FPGAs in cloud-based datacenters, it is possible to fingerprint quantum computers to uniquely identify each machine, even if not serial number or other identifier is given. Crosstalk and the effects that activation of certain qubits causes on other qubits is the basis for the fingerprinting attacks.

About the author: Jakub Szefer is an Associate Professor of Electrical Engineering at Yale University where he leads the Computer Architecture and Security Laboratory (CASLAB). His research interests broadly encompass computer architecture and hardware security of computing systems, including security of quantum computers. To follow Jakub’s updates about security of quantum computer hardware and architectures you can sign up for upcoming newsletter: https://quantumcybersecurity.substack.com/ (the newsletter is not endorsed by nor affiliated with the Computer Architecture Today blog).