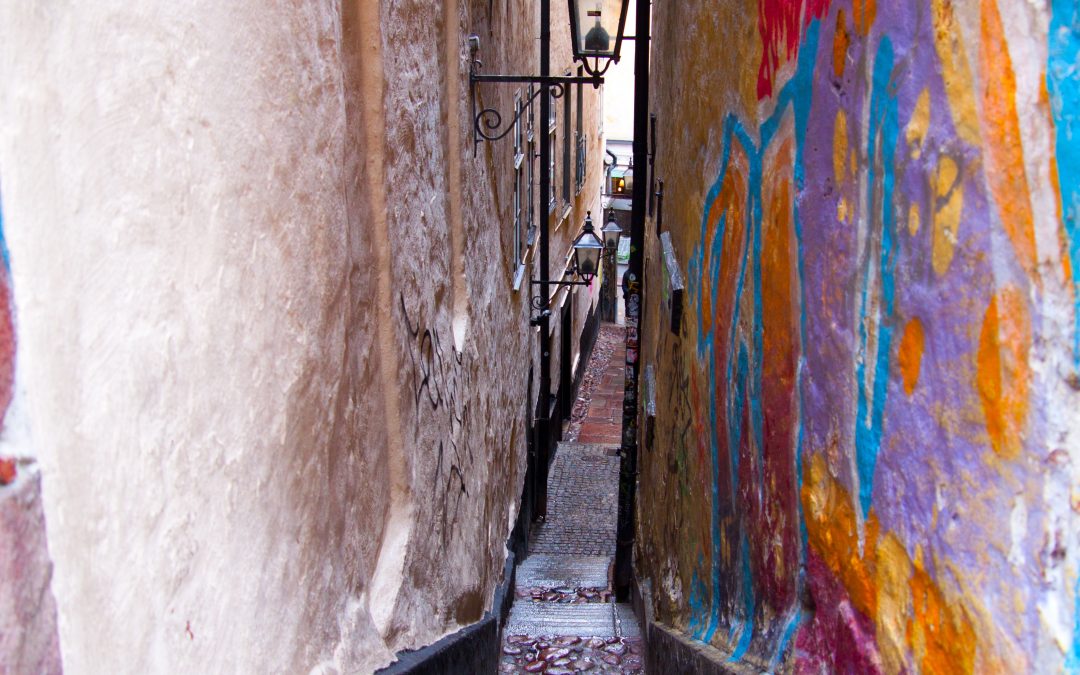 In his words, “The assignment statement is the von Neumann bottleneck of programming languages and keeps us thinking in word-at-a-time terms in much the same way the computer’s bottleneck does.”

Instead of imperative languages, Backus advocated using functional languages, and he described a functional language called FP and an algebra for FP based on rewrite rules. An FP program is executed by rewriting it repeatedly using these simplification rules until it cannot be rewritten further. Parallelism can be exploited by rewriting different parts of the program simultaneously, and his lecture mentioned efforts by his collaborators to build a massively parallel tree machine that directly executed FP programs, using repeated rounds of parallel parsing and rewriting.

Backus’s lecture is probably the most highly cited Turing award lecture, and his imprimatur gave a boost to research in functional languages and “non von-Neumann architectures” like dataflow and reduction architectures. Today, its influence can be seen in contemporary parallel programming systems like map-reduce (FP had analogs of map and reduce, as did LISP and other functional languages).

Nevertheless, I believe Backus was mistaken in his claim that imperative languages are unsuitable for parallel programming because they “keep us thinking in word-at-a-time terms.”

To make this point, I will discuss parallel programming models for graph analytics, which is currently a hot research topic. A canonical problem in this domain is the single-source shortest-path (sssp) problem: given an undirected graph with positive edge lengths, and a source node, compute the length of the shortest path from the source to each node. There are many algorithms for sssp, ranging from the classical Dijkstra and Bellman-Ford algorithms, which are taught in undergraduate algorithms courses, to more recent ones like delta-stepping.

The standard way of describing these algorithms is to use pseudocode, but this obscures the deep connections between them and makes parallelism opaque, as Backus told us.

Here is a better way: use data-centric concepts to describe algorithms. There are three key concepts – active nodes, operator, and schedule – which are the data-centric analogs of the program counter, assignment statement, and flow-of-control respectively.

Active nodes are sites in the graph where there is work to be performed. In sssp algorithms, each node u is given a label d(u) that keeps track of the length of the shortest known path to that node. This label is initialized to a large positive number at all nodes other than the source, whose label is set to zero. During execution, a node label may be updated, in which case the node is said to become active, and it is put on a worklist. Initially, only the source node is active; algorithms terminates when there are no active nodes left. 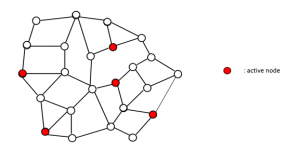 The operator is a state update that is applied to an active node. Algorithms for sssp use the relaxation operator: to process an active node u, each of its neighbors v is examined, and d(v) is lowered to d(u)+length(u,v) if this value is smaller than d(v), making v active. An active node becomes inactive when the operator has been applied to it, although it may be reactivated later in the execution.

Since there may be many active nodes at any point during execution, we must also specify the order or schedule in which active nodes should be processed from the worklist. Different scheduling policies give rise to a different sssp algorithms, some of which are listed below.

Decomposing algorithms in this way into operators and schedules brings out the similarities and differences between sssp algorithms: notice that all of them use the same operator but different scheduling policies.

Since each operator application updates a small region of the graph surrounding the active node, parallelism can be exploited by processing multiple active nodes from the worklist simultaneously. The ordering constraints specified by the algorithm must still be respected; for example, in Dijkstra’s algorithm, all nodes with the smallest label can be processed in parallel. To ensure that the semantics of the operator are respected, the operator must execute atomically. In addition, the graph and worklist data structures must support this fine-grain “amorphous data-parallelism” (for example, the graph should not be implemented with a single global lock).

Algorithms for other graph analytics problems like connected components or page-rank use different operators but parallel data structures like the graph and worklists can be reused across algorithms. In fact, this operator formulation of algorithms is useful in many other domains including stencil codes, finite-elements, n-body methods, circuit design tools, and machine learning. In some of these applications such as finite-element mesh generation and refinement, operators may update the graph structure by adding and removing nodes and edges. In applications like stencil codes, the data structure is a grid rather than an unstructured graph, and parallelism can be found using static analysis of programs. Nevertheless, the idea of formulating algorithms in data-centric terms by decomposing them into operators and schedules still applies and provides a systematic approach to exploiting parallelism and locality.

Unlike Backus’s FP, this data-centric programming model is imperative, and it can be implemented using programming patterns in conventional languages like C++. Programs written in this model have been shown to scale to hundreds of cores on NUMA shared-memory machines and some programs to nearly a hundred thousand cores on large-scale distributed-memory clusters.

I don’t know if Backus would have agreed with me, but I think that as the inventor of FORTRAN, the first high-level imperative programming language, he may have been secretly pleased!