What Happens to Us Does Not Happen to Most of You 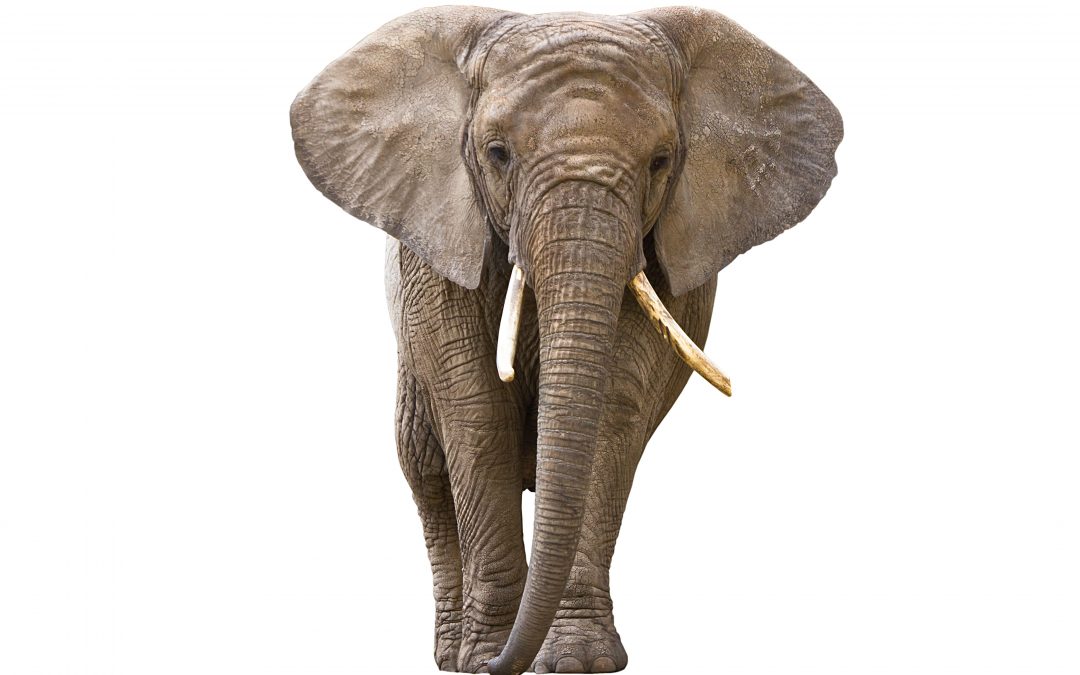 This blog post is a personal account of sexism, harassment, and racism that I and some anonymous members of the computer architecture community have experienced. We are sharing these experiences in part because of encouragement by male colleagues who found them shocking. We are all still here because the rewards and great colleagues out weigh the bad experiences. However, we want to raise community awareness and instigate change.

Men do not experience our community the same way women do. The power dynamics of academia give individuals a lot of power, e.g., hallway conversations and recommendation letters greatly influence career-defining decisions. These dynamics demand the highest ethical practices and vigorous attention to limit the influence of factors that have nothing to do with research quality and impact. We want every individual to take more responsibility for our culture and meritocracy, fostering research excellence by making our community a more welcoming place for women, underrepresented minorities, and everyone else.

When I was an Assistant Professor, pregnant, and 8 months from going up for tenure, a powerful Full Professor congratulated me on my pregnancy and asked me: “Are you going to quit your job?” At one of my first PC meetings, a Full Professor in Architecture saw me for the first time, and said: “Are you the token woman? Are you qualified?” At conferences, men asked to enter my hotel room. A man I thought was a trusted colleague thought my first conference was the right place to make an agressive pass. Almost every year, a man mistakes me for the administrative assistant. In 2011, a manager at Microsoft told me I was only hired because I was a woman. At a recent industry event I was sitting next to a black colleague and a senior researcher, who upon hearing of this colleague’s career move said “You must have had a lot of offers because you are black.”

Even though some may view me as “research privileged,” I am unfortunately still regularly subject to blatant and subtle forms of sexism. Because of these and some other bad experiences, when I serve in leadership positions, I use them to limit the effects of bias and improve our community. For instance, I helped spread double blind reviewing. I run and speak at workshops designed to help young researchers succeed and feel welcome.  I am the visible face of this blog post.

The sexism and harassment I’ve experienced in my career has ranged from off-hand comments to creepy suggestions to inappropriate physical behaviour, all from well-respected computer architects. A Full Professor approached me at ISCA when I was a graduate student to ask me where all the pretty girls were. Just after I started my faculty position, a Full Professor asked me (during a post-conference beers, a.k.a. networking) if I had an open marriage.

During an internship in graduate school, I faced persistent sexism that probably did the most to undermine my confidence and feeling of belonging. I was constantly referred to as “that girl” by other researchers on the team. Members of my team conveyed to me that there was no point in hiring women because they were just going to be married. This incident occurred in the 2000s, not the 1950s. They expressed dismay when I showed up for my internship recently engaged. My “mentor” told me he had never worked with a woman before and wasn’t sure how to talk to me. I suggested he try talking to me like a person.

Recently, around the time I received tenure, I came close to being assaulted at a PC meeting. After the PC meeting dinner, a PC member who was an Assistant Professor followed me back to my hotel room. I thought he was just going back to his room. It didn’t occur to me that he was following me. Without invitation, he tried to kiss me and when I pushed him away he forced his way into my hotel room. After recovering from my initial shock, I regrouped and pushed him out of my hotel room. Nothing “happened” so to speak but the incident left me feeling demeaned and sickened. As a result, the group of people I’m willing to socialize with at conference has shrunk. In “after-hours” situations, I stick with close friends and people who I can very clearly trust.

When asked for a paragraph, my first reaction was that I didn’t have the sort of big bombshell stories being looked for. But it’s important to portray the drip-drip-drip of smaller stories as well, so here goes. The off-color jokes during a conference coffee break… Getting introduced as the token female… Noting how if two women are talking to each other at a conference, it becomes highly unlikely any guys will walk up and join us. If three women are talking, forget about it. Having my PhD graduation timing be delayed “because you’re not even married yet.“

That moment of realization when writing an NSF proposal and seeing other salaries, of just how inadequately low my original faculty salary offer had been. Lots of variations on “Come on, you should smile more…” Who else remembers the oddity of that one ASPLOS conference where the banquet entertainment was a pompom squad? And so on. I am still here, and I’m not going anywhere. I wish for this blog we could round up the stories of the women who were in our field briefly and then found other parts of CS more welcoming to their talents—would that be more convincing to you?

While I experienced the unfortunately usual inappropriate comments described by others, my most negative experience built over time, with a set of increasingly disturbing interactions that made me fear where they could end up if given the chance. On the first day of my first ISCA, as I socialized with a group of graduate students, one kept creeping closer to me. As I stepped backwards to compensate, and the rest of the group similarly scooted to hold a circle, the entire group rotated upon an axis between us. This was so obvious that faculty in a nearby group noticed and identified the cause. On the last day of the conference, he complimented me on a buttoned-up shirt with embellishments down the button line. He touched the embroidery between my breasts. I froze in shocked silence.

From that moment on, I avoided this student – a student from one of the most productive graduate schools. As a result, I also did not get to know any of the other students from this graduate school.

The most disturbing interaction occurred the year I went on the job market. He, a new professor, literally cornered me at the end of an open area outside of the conference room. At over a foot taller than I, he used his body to block any normal path around him. He asked whether I was applying to his university and, if not, why. I have no memory of what I told him. I said whatever I could to end the conversation and hoped he would move aside so I could leave. I cannot describe the fear that went through my mind, robbing me of the ability, then and afterwards, to focus on the professional reasons I was at the conference. All I could think of was that if he was willing to use his body size to force me into a professional conversation with professional colleagues nearby, what he would do if I was ever alone in his presence?

What frustrates me the most is that he had sexist jokes in his job talk. He could not make it more clear to those who would hire him how he viewed females. However, the faculty at that university decided that his professional accomplishments were more important than the impact he would have on females at his university and the community as a whole. Some universities make this trade-off in hiring prominent architects who are known to prey on young females. It sends a message to women in the field that their safety and their ability to focus on professional interactions, is a very low priority to others in the field.

On the path to a tenured Full Professor position, I held several research and visiting positions at different universities. My starting salary was called into question by the upper administration until my supervisor pointed out that the same salary had already been awarded to a male candidate. At a different university, I was denied a raise and told by the department chair that he hoped “my husband was receiving a good raise this year”. As PI on a major project, I attended a project review visibly pregnant. A representative of the government funding agency asked me if I had told the organization my intention to have a child before signing up to be PI. Later in the pregnancy, I was confined to bedrest. A manager became angry that I was not able to attend a PI meeting, and criticized me among people who worked for me for “choosing to have a baby”. A manager was concerned about the challenges I faced in balancing work and family, and decided to “protect me” by interfering in my research projects and treating me differently from others regarding a consulting opportunity.

As I have become more senior, my peers and upper administration have treated me very well, but I still encounter occasional issues with undergraduates and subordinates who are surprised and disbelieving that I am qualified for my position. I have received condescending emails and had people go around me and report trivial issues to supervisors in an attempt to circumvent my authority. I have always eventually prevailed in these negative situations, and remind myself of all the positive experiences and numerous opportunities I have had in my career. My message to younger women is: yes, you will encounter sexist situations, and when you do, seek allies and dig in for the long haul. When you are in the right, you will always succeed. The benefits of this career are worth these occasional challenges.

Never underestimate the benefits on these issues that come from the words and actions of allies. If something does not feel right to you, say something. Be the person who says “We don’t do that here.” Increasing the diversity of your work place tends to decrease bias and harassment.  Below are more concrete actions you can take to make our community more inclusive.

Hire and support women and URM

Egregious harassment, racism, and sexism happens in our community, and is especially harmful to young researchers. Unfortunately, women have left our field as a consequence. For the authors of this article, each negative story is overshadowed by dozens of positive experiences, where someone went out of their way to offer support, provide opportunities, and encourage us. You can change our community by being that voice of encouragement, that ally, that champion that keeps someone in the field. Be that change agent.

Kathryn S McKinley is a Senior Researcher at Google. She is currently SIGPLAN Secretary. She is a member of SIGMICRO, SIGARCH, IEEE TCCA, IEEE TCuARCH, and SIGPLAN. She serves on the board of CRA and CRA-W. She is an ACM and IEEE Fellow.