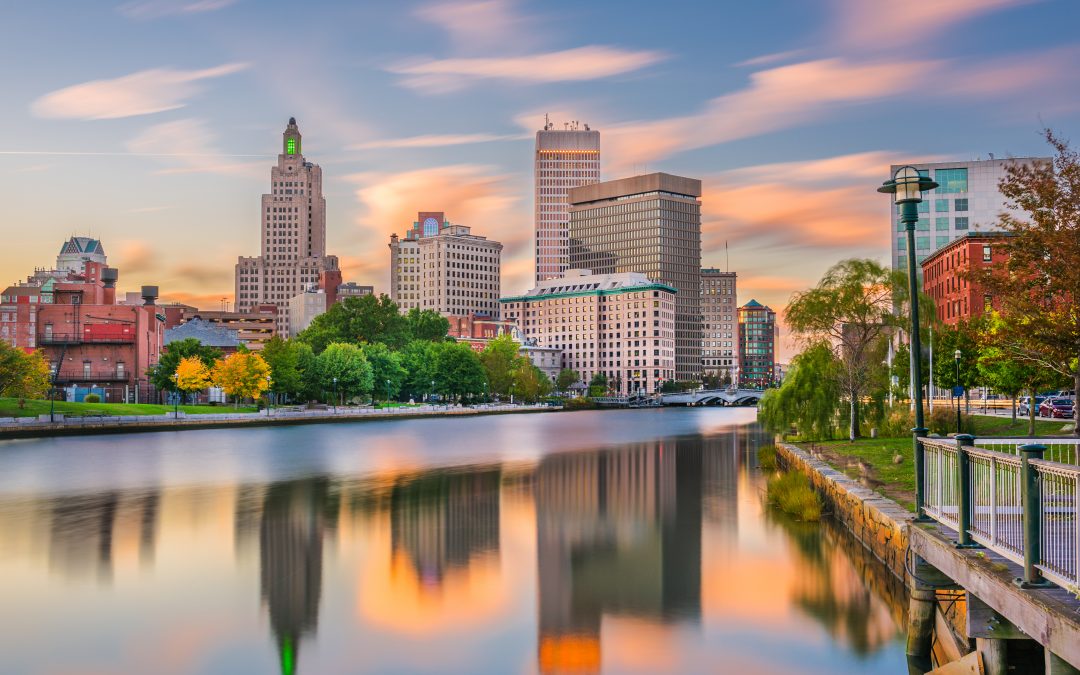 Researchers in programming languages, operating systems, and computer architecture converged on Providence, RI this April for the 24th edition of ASPLOS. This year’s ASPLOS showed the strength of computer systems research in many areas, from cloud computing to quantum computing and from security to machine learning. ASPLOS was led by general chairs Iris Bahar and Maurice Herlihy of Brown University. Providence was a lovely host city: the conference itself was held at the university-themed Biltmore Hotel, with an excursion to the world-famous RISD (Rhode Island School of Design).

ASPLOS opened with twelve workshops and tutorials, spanning four parallel tracks on Saturday and five parallel tracks on Sunday. Attendees could attend tutorials on many cutting-edge topics, such as how to build and program quantum computers or how to design and program SoCs and accelerators. Concurrently, workshops presented research up and down the system stack, from edge computing to datacenter resource disaggregation to general-purpose GPU computing.

Sunday concluded with the NOPE workshop on Negative Outcomes, Post-mortems, and Experiences, which gives researchers a unique venue discuss aspects of research that did not see the light of day in conventional publication venues. This iteration saw presentations from Samira Khan on the surprising importance of negative results, Ajay Joshi on the hazards of machine learning, and Brandon Lucia on sending computers into space.

The main conference also featured the WACI (“Wild and Crazy Ideas”) session, a refuge for free-thinking and out-there speculation. Several talks explored the potential of systems that take a relaxed view towards program correctness: Michael Bond asked whether memory consistency can’t be “good enough”, Jhe-Yu Liou showed that GPU kernels run faster when allowed to break semantics, and Akshitha Sriraman speculated on the potential for unfairness in the datacenter.

Dr. Krysta Svore of Microsoft Research kicked off the conference with a keynote on Monday morning, “Delivering Our Quantum Future”. Dr. Svore described the physics and computer systems challenges of quantum computing and how Microsoft is overcoming these challenges. This keynote was a whirlwind tour through the fundamental physics, mathematics, and engineering required to build a working quantum prototype, as well as the path forward towards a reliable and powerful quantum computer.

Dr. Barbara Liskov of MIT delivered the second keynote on Tuesday, “Multicore Programming”. Dr. Liskov presented her experience in designing several high-performance multicore systems in collaboration with Eddie Kohler, and how this research built upon and differed from her vast experience in distributed systems.

As always, ASPLOS featured a wide range of research across many areas of computer systems, led by program chairs Emmett Witchel of UT Austin and Alvin Lebeck of Duke University. Despite this breadth, clear research themes emerged from the conference, with multiple sessions devoted to each of cloud computing, data movement, security, and machine learning. This research filled three very full days of presentations across two parallel tracks, so that many attendees had had their fill by mid-Wednesday.

Monday began with two sessions on cloud computing and a further two sessions on data movement. The cloud sessions new techniques to benchmark and debug cloud microservices, how to allocate resources between cloud applications, and how to accelerate communication and VM migration. Data movement is another topic that drew significant interest, with multiple sessions on storage and memory technologies as well as ways to reduce data movement in conventional systems. New non-volatile memory and storage technologies were a popular topic, with new non-volatile technologies encouraging research in persistence and fast storage systems. Other sessions presented better ways to map applications onto the memory system or improve the memory abstraction seen by programmers to reduce data movement in conventional systems.

Tuesday saw extensive discussion of security, with four sessions that considered security throughout the system stack. Attendees heard of how to protect deep neural networks, dynamically morph programs to resist attack, as well as many improvements to the underlying architecture to defend against attacks. Building on similar enthusiasm at recent systems conferences, it is clear that security will be a hot topic going forward.

Finally, Wednesday contained no less than three sessions on machine learning. These sessions focused on architectural and microarchitectural techniques to accelerate neural networks, using ReRAM technology as well as better mappings of neural networks onto efficient computation and memory hardware.

ASPLOS awarded four Best Papers this year, which highlighted papers from each of ASPLOS’s constituent research communities. “Boosted Race Trees for Low Energy Classification”, presented by Georgios Tzimpragos from UC Santa Barbara, showed that race logic — computation based on the timing rather than value of signals — can substantially accelerate deep learning. “A Case for Lease-Based, Utilitarian Resource Management on Mobile Devices”, presented by Yigong Hu at Johns Hopkins University, showed how to extend battery life by throttling resources from greedy applications. “CherABI: Enforcing Valid Pointer Provenance and Minimizing Pointer Privilege in the POSIX C Run-time Environment”, presented by Brooks Davis at SRI International, extended the full software stack to support the CHERI capability-based architecture. And “WASABI: A Framework for Dynamically Analyzing WebAssembly”, presented by Daniel Lehmann at TU Darmstadt, developed the first dynamic program analysis tools for WebAssembly, an efficient low-level assembly language for the web that is supported by all major browsers.

The ASPLOS Influential Paper Award went to “Hoard: A Scalable Memory Allocator for Multithreaded Applications” by Emery Berger, Kathryn McKinley, Robert Blumofe, and Paul Wilson. Emery and Kathryn discussed how this paper came about, which showed the surprising twists and turns that research can take, and how the biggest impact from your research can come from the most surprising places. A fitting lesson to wrap up a conference that brings such a wide range of researchers together each year.

About the author: Nathan Beckmann is an assistant professor in the Computer Science Department at Carnegie Mellon University.