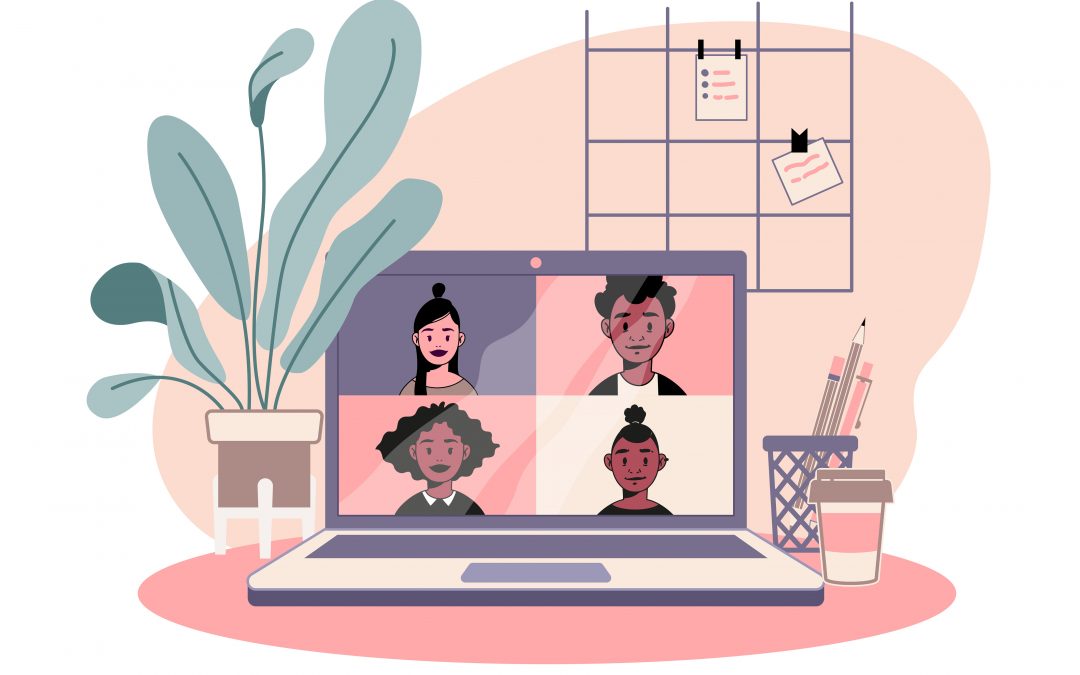 Welcome to the trip report on the 27th Annual (and the first virtual/global online) IEEE Symposium on High Performance Computer Architecture!  The conference marks one full year of virtual keynotes, panels, talks, and networking, for many of us, since the last physical conference experience at HPCA 2020 in San Diego, before the global pandemic surge in March 2020.  Despite the challenges with virtual organizing, the conference was a resounding success with a terrific program that included stimulating keynotes, live Q&A sessions, and a panel discussion on diversity.  Here are the highlights.

Keeping up with the tradition, there were three fantastic inter-disciplinary keynotes organized by the co-located symposia HPCA, PPoPP, and CGO.

The opening keynote was by the Wallace McDowell award winner, Maurice Herlihy, Professor of Computer Science at Brown University, who enlightened us about parallelism’s evil cousin, atomicity, and argued that conventional notions of atomicity, concurrency, isolation, and durability (ACID properties) need to be re-evaluated in the post-blockchain world that has presented us with very open-ended, complex, and morally ambiguous problems.  He also highlighted several challenges and opportunities in this space, including language design for smart contracts, new protocols, algorithms, and systems to address the security vs. efficiency dilemmas in adversarial commerce.

The second keynote was by Mary Hall, who is a Professor and Director of the School of Computing at the University of Utah.  She highlighted the critical importance of reducing and accelerating data movement through a co-optimization approach that leverages novel data layouts representing configurable units of work and performs architecture-specific code generation.  As an example, she demonstrated the potential of one such optimized data layout in the context of stencil computation, and discussed key performance portability challenges and opportunities for generalizing such co-optimization approaches to other domains.

The final keynote was by Nam-Sung Kim, Senior Vice President at Samsung Electronics and Professor at University of Illinois.  He discussed a number of factors that has led to the resurgence of processing-in-memory (PIM), especially in the light of the opportunities provided by 2.5D/3D die stacking technologies, and then outlined a number of technical and practical deployment challenges that have hindered the adoption of PIM-based technologies.  He also discussed the tremendous potential of PIM by showcasing a commercial-grade PIM chip based on the HBM2 technology that has been integrated into unmodified commercial processors, providing substantial benefits in terms of performance and efficiency.

The best paper award went to “Prodigy: Improving the Memory Latency of Data-Indirect Irregular Workloads Using Hardware-Software Co-Design” from Michigan, Wisconsin, and Edinburgh, that proposes a novel hardware/software co-design strategy that captures the layouts and access patterns of key data structures in a statically generated graph-based representation, which is then leveraged at run-time to implement a low-cost and an intelligent hardware prefetching scheme, substantially improving the performance of several irregular big-data workloads.  The best paper runner-up went to “Stream Floating: Enabling Proactive and Decentralized Cache Optimizations” from UCLA, UC Davis, and Intel Labs, that proposes several proactive program-aware cache optimizations, each tailored to particular streaming memory patterns of an application exposed via the ISA as first class primitives.

The other papers in this session included, (a) “P-OPT: Practical Optimal Cache Replacement for Graph Analytics” from CMU and NVIDIA, that enables near-optimal cache replacement for graph applications through a novel compression mechanism that allows the next reference information in a graph’s transpose to be efficiently encoded and accessed, and (b) “Improving GPU Multi-tenancy with Page Walk Stealing” from the Indian Institute of Science, that demonstrates a novel application of the concept of work stealing in the context of GPU page table walks to limit the uncontrolled interference among different co-running tenants.

The 2021 HPCA Test of Time Award went to two highly cited seminal papers – “Dynamic Thermal Management for High Performance Microprocessors” from HPCA 2001, and “Runahead Execution: An Alternative to Very Large Instruction Windows for Out-Of-Order Processors” from HPCA 2003, recognized for their high impact and influence since the last 18-22 years after their initial publication.

The HPCA 2001 paper by David Brooks and Margaret Martonosi opened the field for thermal-aware architecture research and was the first to make the distinction between power-aware and thermal-aware architectures.  This work inspired dynamic thermal management techniques, essentially universal in computer systems today, proliferating from server processors to mobile SoCs.

The main conference had an interesting blend of sessions that focused on a variety of interesting topics.  There was a significant focus on machine learning with four sessions dedicated to accelerators and systems designs for machine learning.  There were two hardware security sessions – one of these sessions was dedicated to security attacks and the other focused on secure hardware architectures.  The other key areas of emphasis included storage systems and architectures for emerging applications.

The industry track sessions included many interesting papers that covered a range of topics, including autonomous machines, fast and accurate GPU simulation, and assessing the environmental impact of hardware manufacturing and computing infrastructures.

The joint symposia offered a great set of workshops and tutorials spanning multiple interdisciplinary areas.  There were two HPCA tutorials.  The first tutorial MLPerf-Bench featured several talks from experts in industry and academia, discussing best practices in performance analysis and benchmarking for ML systems, architectures, and applications.  The other tutorial was on FPGA accelerator development organized by Xilinx.  The HPCA workshops COGARCH and DoSSA made their reprise from HPCA 2020 and ISCA 2019, focusing on cognitive architectures and domain-specific accelerators respectively.

Timothy Pinkston opened the panel discussion by reviewing the meanings of the terms Diversity, Equity, and Inclusion.  Prior to the joint panel session, he also recently wrote a cross-posted SIGARCH/TCCA blog post describing ongoing efforts to improve DEI and highlighting the need for broadening participation in Computing and other STEM fields.  Natalie Enright Jerger described some recent DEI efforts and initiatives at the ACM-level and within the architecture community.  David Patterson emphasized the importance of fairness, inclusion, and broadening participation by recruiting atypical students who come from populations that are currently underserved.  Kim Hazelwood, in her satirical presentation, succinctly outlined pitfalls and fallacies that can undermine DEI.  Bill Dally advocated for broader outreach and for creating a more inclusive environment to retain diverse talent.  Margaret Martonosi highlighted the importance of being mindful of key transitions in career pathways, and re-emphasized the need for inclusive recruitment, diversification of talent, and tracking demographics data that can give us key insights on participation and retention.  John Hennessey called for a broadly diverse and a more equitable community, where opportunities are made accessible and attractive to all members of the community, and argued that we can together build a more inclusive society with diligence and accountability.

Ashish Venkat is an Assistant Professor in the Department of Computer Science in the University of Virginia. His research includes computer architecture, compilers, and computer security.