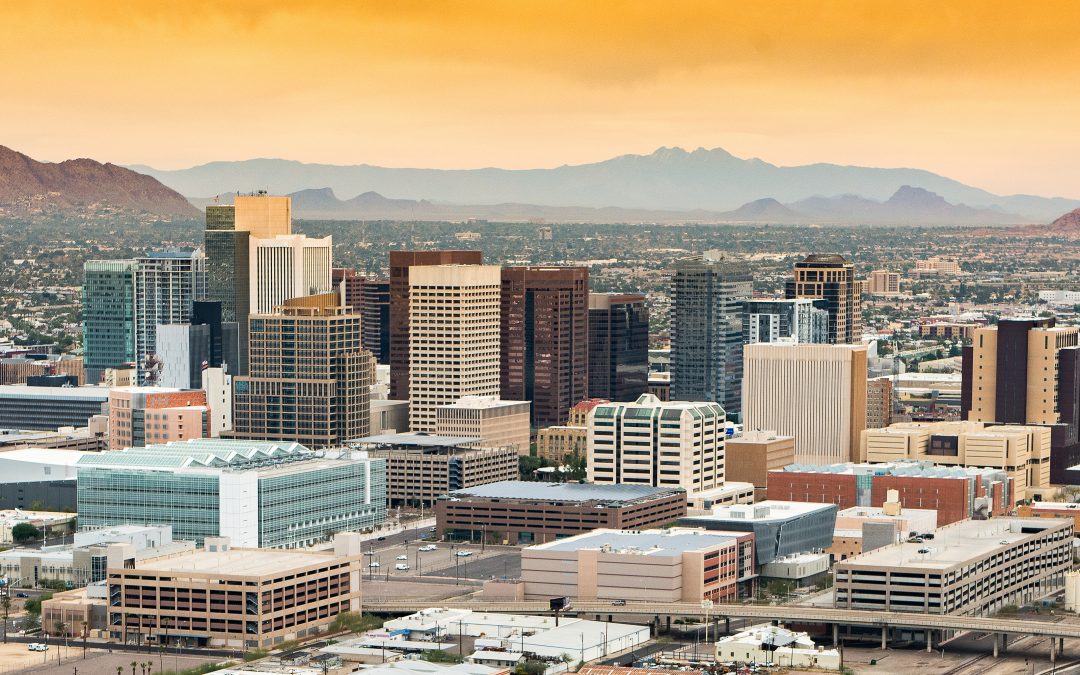 Every four years, various research conferences spanning different areas of Computer Science are co-located together into a week-long coordinated meeting, Federated Computing Research Conference (FCRC), held in a common place. In 2019, the common place is Phoenix, Arizona. ISCA has been long a participating conference of FCRC, and this year is no exception. Led by General Chair Srilatha (Bobbie) Manne (Microsoft) and Program Co-chairs Hillery Hunter and Erik Altman (IBM), ISCA 2019 has been a resounding success. At least 821 people attended the conference, with about 350 students, 84 under-represented minorities, and 126 female attendees. The CARES committee was again present at the conference, serving as contact persons for reporting cases of discrimination and harassment.

What is particularly exciting in this year’s FCRC is the 2019 Turing Lecture, delivered by Geoffrey Hinton and Yann LeCun. The award was made to Yoshua Bengio, Geoffrey Hinton, and Yann LeCun for their “conceptual and engineering breakthroughs that have made deep neural networks a critical component of computing.” As deep learning becomes a household name, computer architects have both helped create the wave and ridden the wave. This is the second consecutive year that ISCA attendees get to listen to a Turing Lecture — last year’s Turing Lecture was delivered by John Hennessy and David Patterson at ISCA 2018.

Hinton first took us through the history of AI, and distinguished two genres of AI: symbolic AI and biologically-inspired AI. The success of Neural Networks has proved the feasibility and the effectiveness of the biologically-inspired AI. However, the journey of the biologically-inspired AI has not always been rosy. Hinton mentioned two winters of Neural Networks. The first one was around 1970s, and the major roadblock was the lack of efficient ways to train the networks. Later, the invention of backpropagation allowed neural networks to be efficient trained, and created lots of excitement. However, the vanilla backpropagation didn’t perform well on modest-to-large datasets, and hence the second winter of Neural Networks, circa 1990s. In fact, just about 10 years ago all three winners had deep learning papers being rejected from N[eur]IPS, ICML, and CVPR. What really changed the game is a set of algorithmic advances (etc., random dropout), big data, and massive compute power (insert your favourite xPU joke here).

LeCun focused more on recent advancements and the “sequel” of deep learning. He predicted that the next big thing in deep learning is “self-supervised learning” — the idea of training very large networks to understand the world through prediction and to check against the reality to improve the prediction model. LeCun believes that this is fundamentally inspired by how animals, including humans, operate, where we tend to have a model of the world that predicts how things will behave, and through interacting with the world we gradually refine our model and make better predictions. In other words, we essentially supervise our own learning by constantly predicting the future and reconstructing a better prediction model by observing the reality. Machines need to do this as well.

One of the perks of FCRC is that each morning features a joint plenary talk across all participating conferences on topics of broad appeal to the computing research community. I was able to attend only the first two talks. The first Plenary talk was delivered by James Smith (UW-Wisc and CMU Silicon Valley), a giant in computer architecture pursuing a noble quest: can we reverse-engineer the Brain’s Neocortex, and build efficient digital implementations that actually mimic how human brains work, rather than building artificial neural networks that do not quite represent the inner workings of human brains. The key to his approach couldn’t be more familiar to architects: “abstractions.” Smith proposes to build a neuro architecture stack with layers of abstractions, starting from electrical circuits that mimic biological neurons, from which high-level neuromorphic architectures can be built. Critically, the mathematics that is required to model neural operations are mostly low resolution and unary, indicating that CMOS implementations would be feasible.

The plenary talk on the second day was from Cynthia Dwork (Harvard), who, with her collaborators, pioneered placing privacy-preserving data analysis on a mathematically rigorous foundation. The talk was on differential privacy and its relevance to US census. While privacy is ever more important, we need a mathematically rigorous, yet practical, definition of privacy. Differential privacy is arguable the de-facto definition of privacy when it comes to performing statistical analysis of large datasets. It has been adopted as the disclosure avoidance methodology of the 2020 decennial census by US Census Bureau. Her talk describes properties and advantages of differential privacy, and highlight a few challenges moving forward.

This year ISCA hosted 15 workshops and 14 tutorials, including a few well-established, long-standing workshops such as Hardware and Architectural Support for Security and Privacy, Workshop on Computer Architecture Research Directions, Workshop on Computer Architecture Education. SIGARCH sponsored a Visioning Workshop on Agile and Open Hardware Design for Next-Generation Computing, following a series of successful visioning workshops before. Among the rest, while ML is the hottest topic, many others are covered, ranging from Quantum Computing, Memory Models, SoC modeling, and hardware design.

What’s worth special mention is The First Undergrad Architecture Workshop (uArch), which is “designed to introduce late-stage undergraduate students and early-stage graduate students to research and career opportunities in the field of computer architecture in particular and graduate school lifestyle and survival skills in general.” While this is only the first year for the workshop, about 45 students representing about 26 colleges and universities attended, most with funding from the workshop. Among the attendees, 6 were from outside North America, and 25 were from underrepresented groups. Along with other mentoring events such as “Meet a Senior Architecture at ISCA” sponsored by SIGARCH, uArch workshop has already has a positive impact on early-stage students. One undergraduate I came across at the conference who attended the workshop told me that she is 10 times more excited about computer architecture than before!

This year’s ISCA program features 62 papers spread across 12 sessions. Same as last year, authors were asked to post a short lightning talk video, and I would encourage you to take a look at them if you miss the main sessions.

Not surprisingly, AI and ML contributed the most papers. Other “usual suspects” such as security, GPUs, accelerators, and memory/storage were also featured heavily. This year’s program also includes a dedicated session on quantum computing, underlining the recent interests among architects on this promising alternative computing paradigm.

Margaret Martonosi (Princeton) wins this year’s ACM SIGARCH Alan D. Berenbaum Distinguished Service Award for her “outstanding leadership in recruiting, retaining, and advancing women and under-represented minorities and raising awareness of the importance of diversity to the computer architecture community”. In her acceptance speech, she highlights the need for diversity and inclusion in the architecture community.

This year’s award lunch also mourns the loss of two dear members of the architecture community. Huixiang Chen, a doctoral student at the University of Florida has recently passed away. Professor Sudhakar Yalamanchili from Georgia Tech also passed away. Moin Qureshi and Hyesoon Kim (Georgia Tech) shared their memories with Sudhakar.

The business meeting discussed a number of topics. New SIGARCH Executive Committee (EC) was elected and the results were announced. The outgoing EC sent their farewell and passed the torch. Mattan Erez (UT Austin) is leading an effort reconciling arXiv and double-blind review process. Natalie Enright Jerger (Toronto) asks the community to improve and contribute to Computer Architecture Letters to save it from disappearing!

ISCA 2020 will take place in Valencia, Spain. José Duato (Universitat Politècnica de València) and José Martínez (Cornell) will serve the General Co-chairs while the Program Chair, Lieven Eeckhout (Ghent University), is assembling the program committee. If HPCA 2016 in Barcelona is any indication, I am already getting excited about ISCA 2020 in Valencia.

See you all there.

About the Author: Yuhao Zhu is an Assistant Professor in Computer Science at University of Rochester.