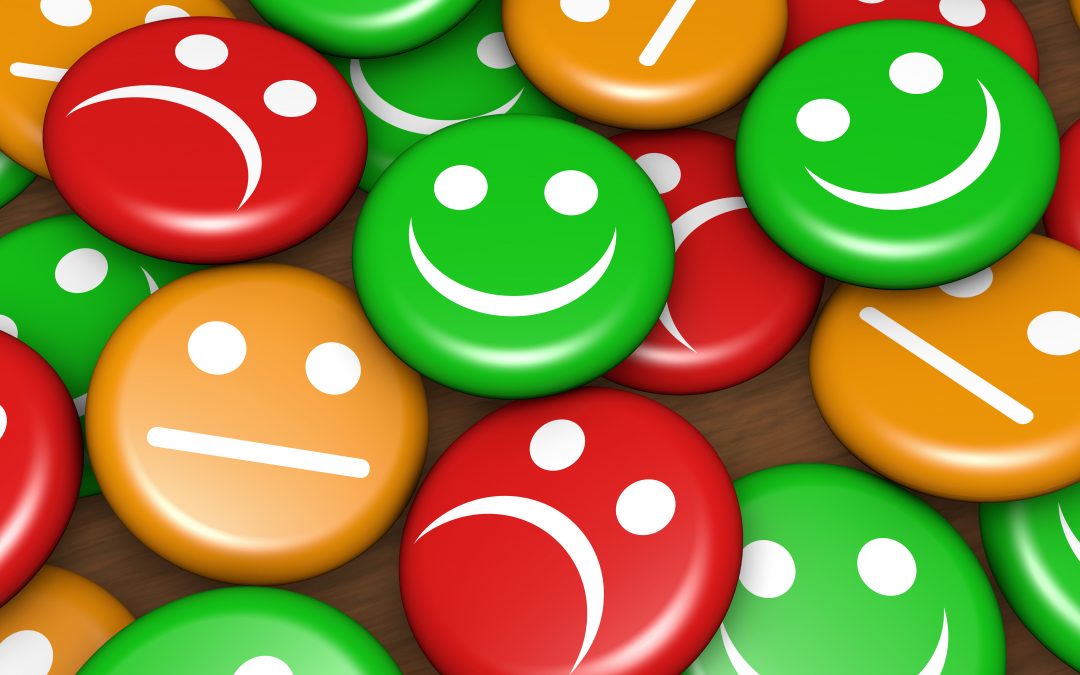 To better understand the climate of the computer architecture community and assess initiatives launched by WICARCH, we conducted a survey from mid-June to mid-July. The survey followed several efforts to understand gender diversity in computer architecture and the experiences of women in our community as expressed in Kathryn McKinley’s powerful blog post on harassment.  We hope to gain better understanding of how our colleagues, both male and female, experience our community and what problems (if any) are widespread and where the community should focus our efforts to be more inclusive.  Note: this survey is independent of the MICRO diversity survey which had limited focus on climate and how people may experience our community differently.  We pursue this analysis not because we believe that the computer architecture community is more or less unwelcoming than other subdisciplines of CS but rather to continue the conversation of diversity and inclusion and to encourage other communities to do the same.

In this post, we focus on survey questions related to the overall climate in computer architecture and less on questions specific to WICARCH activities. The WICARCH organizing committee will use those results internally to refine our activities.  We first focus on general inclusivity issues before highlighting differences in responses between men and women. Of 128 respondents, 68 identified as male, 35 as female, 19 skipped the question, 5 preferred not to say and 1 selected other.

Many in our community feel valued and respected and experience the computer architecture community positively. However, a significant fraction (over 25% in many cases) are made to feel uncomfortable in our community by some measure.  We highlight and validate those experiences in hopes that we can all learn and grow from this data. We provide a bulleted summary of some key data points from the survey, with graphs and more detailed analysis following.

Overall perceptions of the community

Figure 1: As a member of the computer architecture community, I feel…

Figure 2: My involvement/participation in the computer architecture community (ranging from conversations to leadership roles such as PC chair, keynote speaker) has been negatively impacted by…

We start by looking at different types of diversity and their impact on climate and inclusivity. 20% of respondents agree or strongly agree that their participation in the community has been negatively impacted by their geographic location (Figure 2).  Our community is perceived as North America focused according to several open-ended comments.

42% of respondents agreed or strongly agreed that their academic pedigree has negatively affected their participation in the community.  We have seen fairly clear bias towards certain academic institutions and lineages in some contexts, and these responses appear to be echoing that concern.

Several approaches might be taken to improve community engagement.  Efforts have been made in the last 10 years to broaden our conference locations in order to increase participation; for example, ISCA has been held in Asia three times, twice in the last 10 years. Diversifying conference location can help increase participation.  However, we should also make a more concerted effort to diversify (along several dimensions) invitations for PC participation, keynote speeches, and other technically prestigious roles. An internal analysis done by TCCA showed that only 70 people performed 50% of the PC service for our 4 major conferences + Top Picks in the last 5 years.  Considering that nearly 800 people attended ISCA 2018, it seems unnecessarily insular that less than 10% of those people are doing 50% of PC service. We could counteract disparate service loads and increase involvement in the community be insuring invitations for PCs go to researchers from different geographic locations, academic pedigrees, racial/ethnic backgrounds, genders, career stages, etc.  Since PC involvement increases visibility, broadening PC participation may also help highlight a larger pool of folks eligible for invitations for keynotes, program chairs, and awards.

Figure 3 shows responses to the statement: “I find the computer architecture community…”  These statements are meant to assess individuals’ perceptions of the extent to which the computer architecture community is welcoming and inclusive.  Respondents disagreed or strongly disagreed with these statements 26%, 33% and 26% of the time. There is an opportunity here to be more supportive of junior researchers and demonstrate respect for all contributions. As a community, we need to be committed to welcoming junior researchers so we do not suffer a brain drain to other neighboring fields.  Respondents noted that programs like the “Meet a senior architect” at ISCA are positively helping in this regard.

Broken down by gender, “welcoming of junior researchers” is one of the few results where female respondents scored the statement more positively than male respondents (54% of women agreed or strongly agreed vs 46% of men).  We hypothesize that efforts such as WICARCH, CRA-W Grad Cohort and similar mentoring programs create a welcoming environment for those who are new to the field. In terms of respecting the contributions of all members, men scored more positively than women (42% to 34%). Also, men considered the community to be more inclusive of women and minorities than women did (45% to 32%).

Figure 4: How comfortable are you approaching a senior member of the community (broken down by career stage)?

Figure 4 shows a breakdown of participants’ comfort level in approaching senior researchers by career stage. Not surprisingly, one’s comfort level in discussing research with senior members increases with seniority.  What was surprising was that a sizable fraction (23%) of senior members were uncomfortable or very uncomfortable approaching other senior members. Some free-form comments point to a degree of cliquishness that could be a contributing factor.  Breaking this question down by gender, 60% of women were uncomfortable or very uncomfortable compared to only 28% of men. This large disparity suggests that women might not be engaging as fully in community discussions as their male colleagues due to comfort level.  The perception of senior members being unapproachable may contribute to the lack of support felt by some junior researchers (Figure 3) but does not necessarily explain this gender imbalance. Given the importance of senior member support for career advancement, efforts to counteract this perception may improve individuals’ views of inclusiveness and encourage greater community engagement.

Differing perceptions of the community by gender or racial/ethnic identity

Figure 5: I have been held back from the following career advancement opportunities due to my gender or racial/ethnic identity. (Respondents: Female (27); Male (58); Other (15) includes those who responded to the question of gender with “other”, “prefer not to say” or skipped the question).

A larger fraction of women than men perceive that their gender has played a factor in their access to various career advancement opportunities (Figure 5).  48% of women agreed or strongly agreed that their gender held them back from research collaborations compared to only 6% of men. 33% of women agreed or strongly agreed that their gender has held them back from awards compared to just 9% of men.  Other forms of discrimination related to race, ethnicity, and religion are perceived to hold men back from these career-enhancing opportunities. It’s important to recognize that it is difficult to render an objective decision on merit. Most of us don’t intend to discriminate, but we all carry with us subtle and unconscious biases in how we evaluate and treat others.  For example, gender bias may result in “overly scrutinizing women’s work, questioning women’s research contributions, differences in recommendation levels and differences in visibility and social network”.1

Figure 6: How comfortable are you joining after-hours networking/social activities with other conference attendees? (Respondents: Female (35); Male (70); Other (23) which includes “other”, “prefer not to say” and those who skipped the gender question).

Men were much more likely to feel comfortable in after-hours networking and social activities than women (Figure 6).  79% of men were comfortable or very comfortable joining after-hours networking/social activities compared to only 46% of women.  While the survey did not ask respondents why they might be uncomfortable, some possible hypotheses include: safety concerns (e.g., how will I get back to my hotel, what happens if I find myself alone with relative strangers who have been drinking) and perceived difficulty for women to break into social groups that are all male.  Yet these informal network opportunities are often viewed as a critical mechanism to gaining additional visibility in the community. Combined with women’s higher discomfort in approaching senior members, this could lead to a significant networking disadvantage.

Figure 7: I find the computer architecture community does not tolerate harassment and inappropriate speech/conduct. (Respondents: Female (34); Male (69); Other (23) which includes “other”, “prefer not to say” and those who skipped the gender question)

Men perceive less harassment and inappropriate behaviour in our community compared to women (Figure 7). 29% of women agreed or strongly agreed with this statement compared to 52% of men. This result would support the anecdotal evidence that women experience the community in a much different way than men. Kathryn McKinley’s blog post was hopefully eye-opening (i.e., these numbers may have been even more extreme had the survey been taken before that blog post was published), but the difference in responses is still notable.

Figure 8: Considering the computer architecture conference and meetings you have attended, did you observe or experience other attendees… (Other includes “other”, “prefer not to say” and respondents who skipped the question of gender.)

Figure 9: Considering computer architecture conference and meetings you have attended, have you experienced any of the following behaviour? (Other includes “other”, “prefer not to say” and respondents who skipped the question of gender.)

Figures 8 and 9 quantify some of the specific types of inappropriate or harassing behaviour that members of our community may have experienced or observed in our conferences and meetings.  Note: the number of respondents to these two questions (39 and 49 respondents, respectively) is lower than all other questions in the survey which received upwards of 100 responses. Respondents may have opted out of this question because they have never witnessed or experienced this behaviour or because answering the question itself made them feel uncomfortable.  Sadly, members of our community do experience a wide range of inappropriate behaviours ranging from sexist jokes and remarks to assault. These types of behaviour are all unacceptable.2 This data reveals that women are not the only attendees who have experienced inappropriate behaviour. Both men and women witness this behaviour (Figure 8) as well as experience it (Figure 9).  In survey comments, men ascribe this behaviour to their racial/ethnic identity and/or religion. It is our fervent hope that improvements and better visibility for the ACM code of conduct at our conferences and the cooperation of SIGARCH and SIGMICRO on the CARES committee will help in the reporting and ultimate eradication of these types of behaviours.

Conclusions and next steps

While the survey shows that many individuals in our community feel supported and respected, there are still opportunities for our community to do better in terms of being supportive and inclusive along a number of dimensions.

About the authors: Natalie Enright Jerger is the Percy Edward Hart Professor of Electrical and Computer Engineering at the University of Toronto.  She serves on the Executive Committees of SIGARCH, SIGMICRO and TCCA and is currently serving as chair of WICARCH.  Kelly Shaw is an Associate Professor of Computer Science at the University of Richmond.

1. Katherine Weisshaar, “Publish and Perish: An assessment of gender gaps in promotion to tenure in academia,” PhD thesis, Stanford University, 2016.
2. We encourage readers to look at the 2018 U.S. National Academies report entitled: “Sexual Harassment of Women: Climate, Culture, and Consequences in Academic Sciences, Engineering, and Medicine,” National Academies for more information on the wide range of behaviours that constitute harassment, its pervasiveness in academic institutions and the damaging effects it can have.